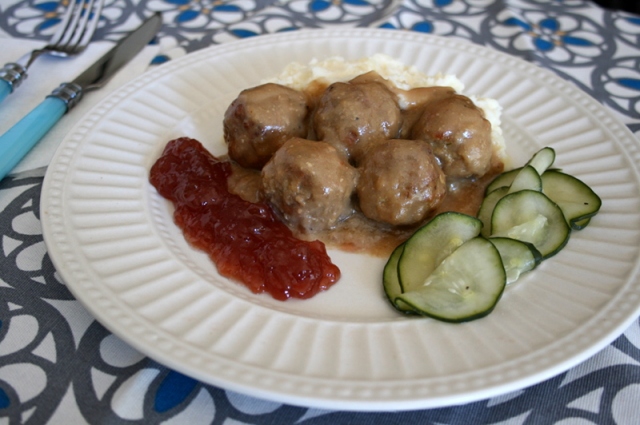 To celebrate the New Year, I had some eggnog, but had some left over. What can I do with leftover eggnog? Didn’t feel like drinking anymore of it since it is sweet and rich and wanted to avoid such things for a while, so, inspired by The Food In My Beard’s Beef StrogaNog, I decided to make Swedish Meatballs with Eggnog. 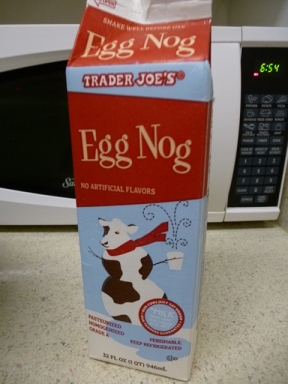 I have been following The Food In My Beard for years now and there are some very inventive dishes on that blog. For the adventurous cook, it is worth checking out. The author of the blog, Dan, uses eggnog to make the beef stroganoff sauce. I think it is a genius idea, if you ask me! I haven’t tried the Beef StrogaNog yet, but his post has inspired me to use eggnog in cooking. Do you have any culinary ideas on eggnog besides drinking it? With the Swedish Meatballs, I thought, “Why Not?” There are some similar spice profiles in eggnog and traditional Swedish Meatballs. I first had Swedish-style meatballs when I was a kid enjoying microwavable dinners. Among those frozen dinners, the Swedish Meatballs (served with white bread) are my family’s favorites. I don’t eat much frozen dinners nowadays, but those fond memories of eating them linger on and inspire me to make homemade versions. 🙂 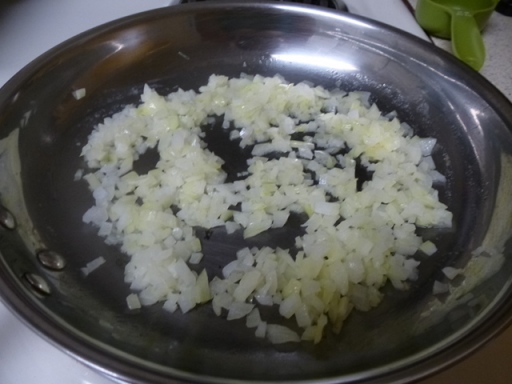 To start the meatballs, I sautéed some chopped onions in butter until softened. Then, I let it cool down for a bit and mixed it with the eggs, breadcrumbs, eggnog, meat, and seasonings. 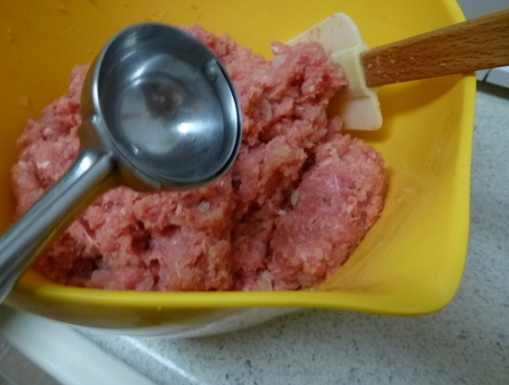 These Swedish-style meatballs are made with lean ground beef and lean ground pork. I used a #40 disher to shape the meatballs. You can make them smaller or larger according to your preference. After they are shaped, they go into the oven for about 20 minutes.

At about 5 minutes into the baking time, I realized that I forgot to take a picture of the meatballs after shaping them. So here they are after 5 minutes of baking. It’s nice to bake meatballs as it eliminates some of the mess, oil splatters, and kitchen time. 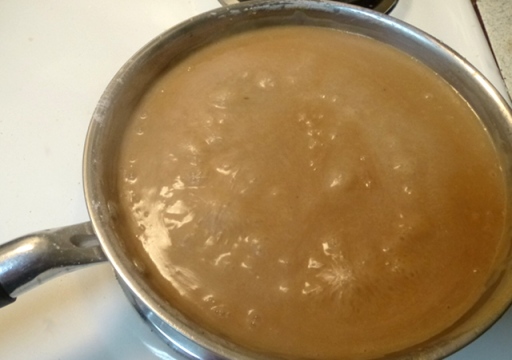 While the meatballs are baking, it’s time to make the sauce. Here is the silky sauce bubbling away. The eggnog is mixed in already. You want to get a good gravy consistency, but it’s up to you if you want it thicker or a thinner sauce.

After they meatballs have browned, simmer them in the sauce. 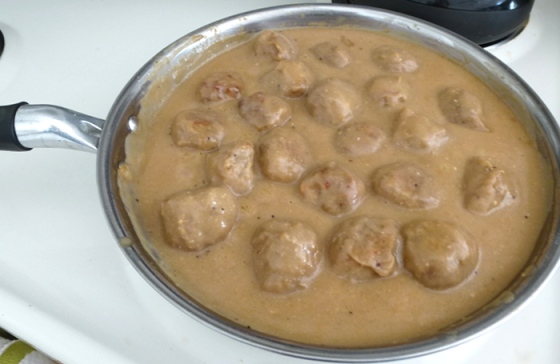 We like it creamier, so I finished the dish with some sour cream.

Serve the Swedish meatballs with the traditional accompaniments of mashed potatoes, lingonberry sauce, and quick pickles. That would be the ultimate Christmas main course, according to Swedish Chef Marcus Samuelsson. I used his quick pickle recipe here.

This dish turned out pretty well! It was a nice holiday-twist on a classic dish. Though, next time, for a better flavor in the sauce, I would go the traditional route of browning the meatballs in the skillet rather than baking them. Then, for the extra flavor, I would use the pan drippings to start the sauce.  Also, along with lingonberry, I totally recommend eating these meatballs with quick pickled cucumbers. Really great combo of flavors that complement each other. Yum!

9 thoughts on “Swedish-style Meatballs with Eggnog”